I am quickly learning why everyone says not to plan anything when traveling like this. Before last week I had never heard of Taganga, Colombia, but after chatting with a few people in Cartagena, it sounded like a much better place to spend the night than Santa Marta before heading over to Parque de Tayrona. I’m glad I listened.

Taganga is a tiny, chaotic fishing village that backpackers have discovered and seem to claim as theirs. The locals of course have taken it upon themselves to benefit from this, and the perfect example are the signs outside of people’s homes offering laundry service for 2,000 pesos per pound. After spending a week in the sweltering heat of Cartagena, laundry was seriously necessary.

Parque de Tayrona is a national park right on the coast. It’s surrounded by the Sierra Nevada de Colombia, which is the highest mountain range with such close proximity to the ocean in the world. It was my main reason for coming to this part of Colombia but I was apprehensive about spending a night in a hammock in the park by myself. So I was relieved to meet two nice French guys while buying my bus ticket for the next day to go to Tayrona. They invited me to tag along with them and we met up with two of their friends in the park along with two Argentinian girls they had met the day before. Since then we’ve spent 5 days traveling together speaking a crazy mixture of English, French, and Spanish. This is how easy it is to make friends as a backpacker!

At the park entrance there was a Yellow Fever vaccine clinic set up because the World Health Organization has been recommending it for park-goers recently. This wasn’t anything like any clinic I’d ever seen. It was more like a foldable barbecue table with some people standing behind it injecting vaccines for free. I couldn’t tell if I was more pleased with the fact that I already had my vaccine, or more frustrated that I paid $200 for mine in Boston.

We spent two days hiking around this mountainous jungle beach forest and saw some really cool wildlife. I saw a monkey wayyyyyyy up in a tree – too high to get his picture, unfortunately. I also saw an anteater climbing around in the trees. I didn’t even know they could do that! There were tons of lizards, butterflies, and birds – so many singing birds! When we weren’t hiking, we were spending lots of time relaxing on the beach or hanging in a hammock. 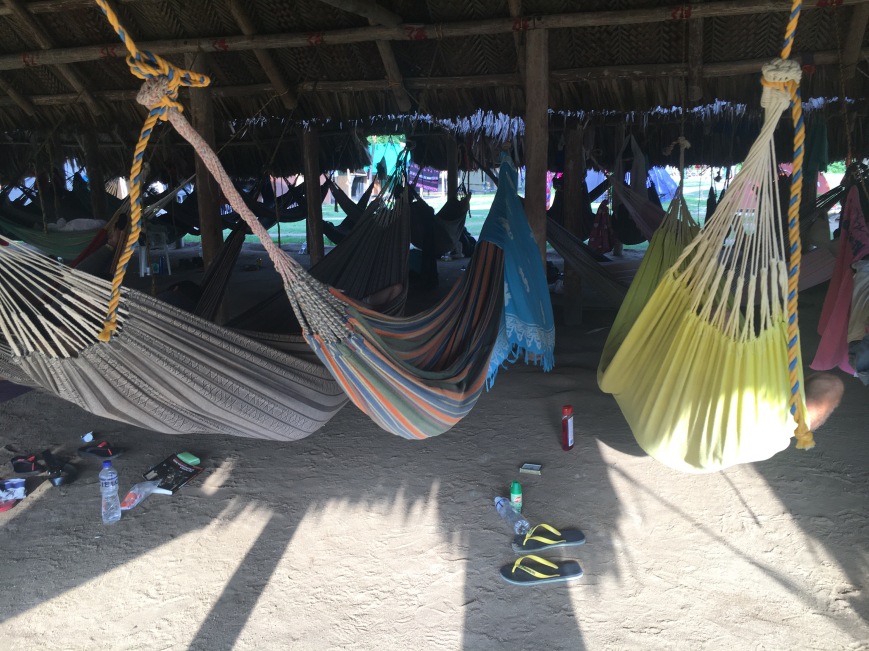 Let me say something about sleeping in a hammock. It sounds like a really comfortable situation, right? Hanging there, gently swaying in the breeze… A friend of mine who spent most of his junior year in college sleeping in one told me the secret is to lay diagonally. I tried every position possible and could never get quite comfy enough to actually sleep. I guess it’s something that takes more than one night to master, but it was still a really cool experience to hang there and listen to the waves all night.

The next day we spoke to some people who told us about El Pueblito, some ancient Tayronese ruins that could be reached by a two hour walk through the forest. They made it seem like a relaxing, easy jaunt so we jumped at the idea and went for it bringing with us very little food and water. We spent the whole time climbing over boulders all the way to the top. I’ve never sweat so much in my life and all I was wearing was a bathing suit! It was so cool to be surround by palm trees the whole way up as opposed to the evergreens and pine trees I’m used to hiking around in New England. 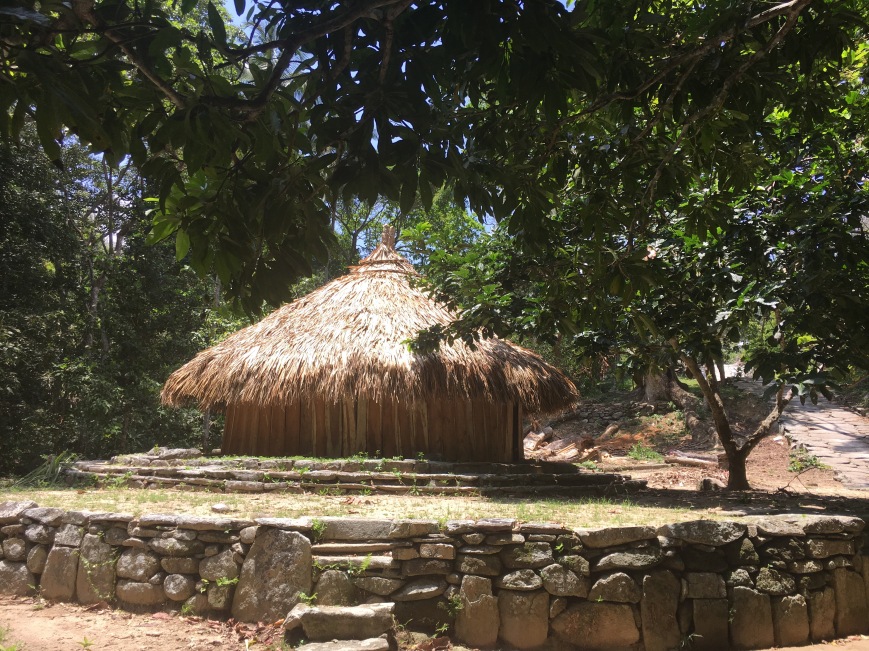 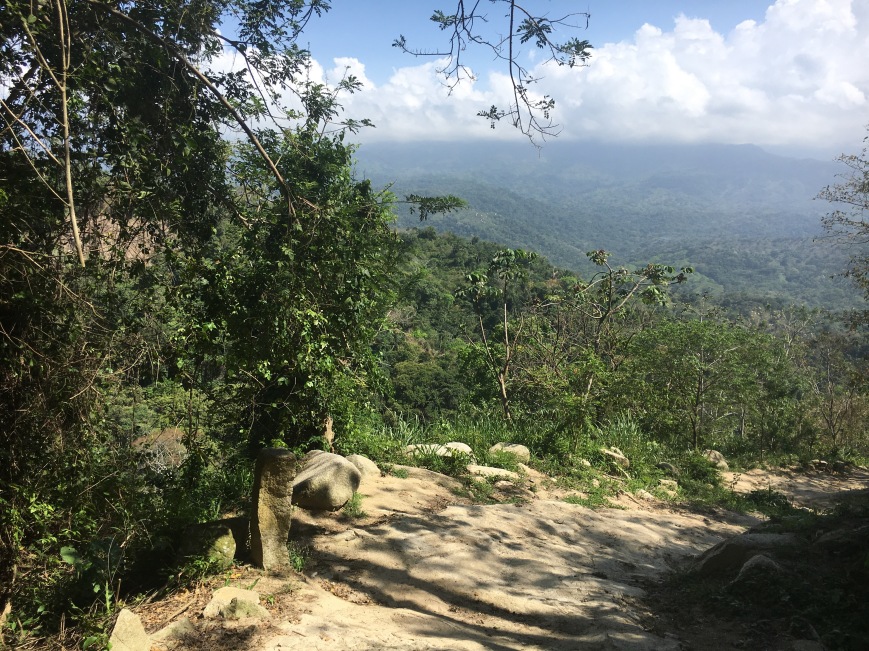 Back in Taganga that night, we wanted to use the barbecue to make some fish, so Sandro (the guy who did our laundry earlier) offered to go to the beach with us where all the fishermen sold their daily catches so he could get us el precio del Colombiano instead of el precio del gringo. Colombians are extremely kind and helpful people, and as opposed to some other places I’ve traveled to, they don’t ask for anything in return for their help. We actually ran into him and his family hiking around Minca (more on Minca in another post!) two days later and spent the afternoon at some waterfalls with them. Life is so weird and cool!

We decided Minca was a good place for our next stop so we picked a hostel and made a reservation for the next night. Little did I know how much amazingness we were in for!

2 thoughts on “A Night in a Hammock”